OSS#HL is being developed in the context of Kulturföreningen Triennal exhibition Agrikultura 2017 to take place in Malmo, Sweden, opening on July 1, 2017 and running until September, 2017.

For Agrikultura OSS is working with residents of Holma, a public housing development managed by MKB that is adjacent to the exhibition’s site. Holma has a unique history in addressing its public green spaces. The neighborhood was mainly farmland until 1970, when the Million Programme housing was built. Over the years the housing’s external areas deteriorated for the lack of care of the Malmo Kommunal Housing Company. In the early 90s, in light of the management’s neglect, residents and ground keepers of the development organized to create the självförvaltning system, in which the portion of tenants’ rents that was allocated for green space maintenance was instead contributed to a fund controlled by residents, managed through an elected Residential Area Committee. Residents decided they did not want landscape architects or other professionals involved in the planning of their improved communal space. The model was a success and continues till today, resulting in landscapes that are unique and better than the typical Swedish housing scheme.

OSS#HL is working with Holma’s founders of the självförvaltining systems and new comers to the neighborhood to build a healing garden that will recognize and visualize Holma’s diversity and its strong history of community organizing through gardening. In collaboration with residents OSS is designing a garden composed of healing plants in a shape determined with community input. OSS aims to help cure not just the physical, but also the social and cultural being of the communities engaged, breaking boundaries and creating a platform for sharing botanical and agricultural knowledge, preserving connections between nature and culture. The expected outcome is that new and old inhabitants of Holma, Malmo citizens and the Agrikultura audience will become more aware of each other’s rich cultural heritage, to promote biological and social diversity.

OSS#HL is a project made in conjunction with 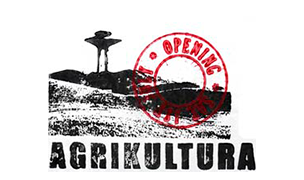