Manhattan and its history of immigration served as the parameters for the #01 of the OSS series. Having over 50,000 visitors, OSS#01 drew people from NYC and beyond to experience what it was at once a public art installation, community garden and educational center, designed to transform a barren plaza (Duarte Square in Soho) into an open green space for community discussion. OSS#01 started with a series of videotaped interviews with immigrants living in Manhattan in order to document their stories of migration and cultural adaptation. Each participant was then asked to select a plant they would feel represented by, either individually or as part of their cultural heritage.

Made in conjunction with NYC Dept of Parks and Recreation, a Manhattan-shaped garden bed was built in May 2014 at Duarte Square. Located on the Avenue of the Americas, this small park—named after the Dominican Republican liberator—exists at the crossroads of neighborhoods with strong immigration histories. The plants selected by the interviewees were placed at the equivalent location where their representatives live in the island.

OSS#01 was created by the community and for the community. The garden was at the core of a series of programming that included the program “Open Garden”, in which once a week there was a workshop made in partnership with different local immigrant and educational institutions like City Parks Foundation, The Blue School, SVA, Columbia University, Henry Street Sttlement-Abrons Arts Center or El Centro del Inmigrante, among others, who performed the care necessary to ensure the challenging survival of the plants. At the end of the project, the plants were given away to the public through an adoption process.

OSS#01 created awareness of the reality of today’s immigration in NYC and beyond using the garden and its creative potential as a ground for investigation, first among the immigrant community itself, and as the project progressed involving the public at large.

OSS#01 is a project made in conjunction with NCY Department of Parks & Recreation & The Horticultural Society of New York. 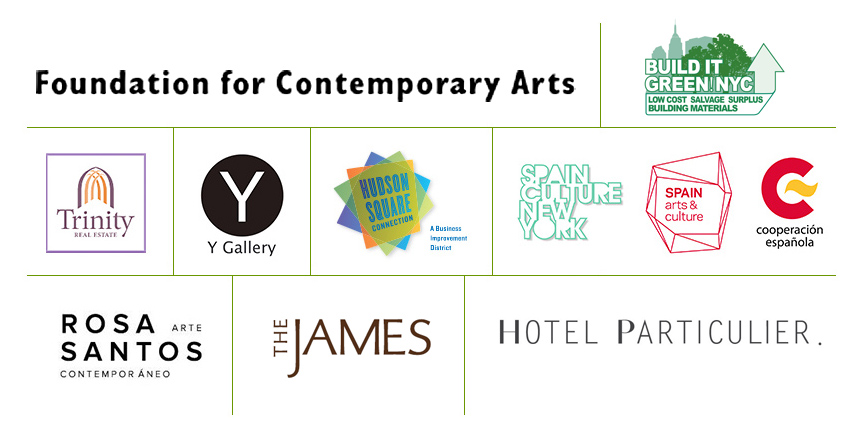